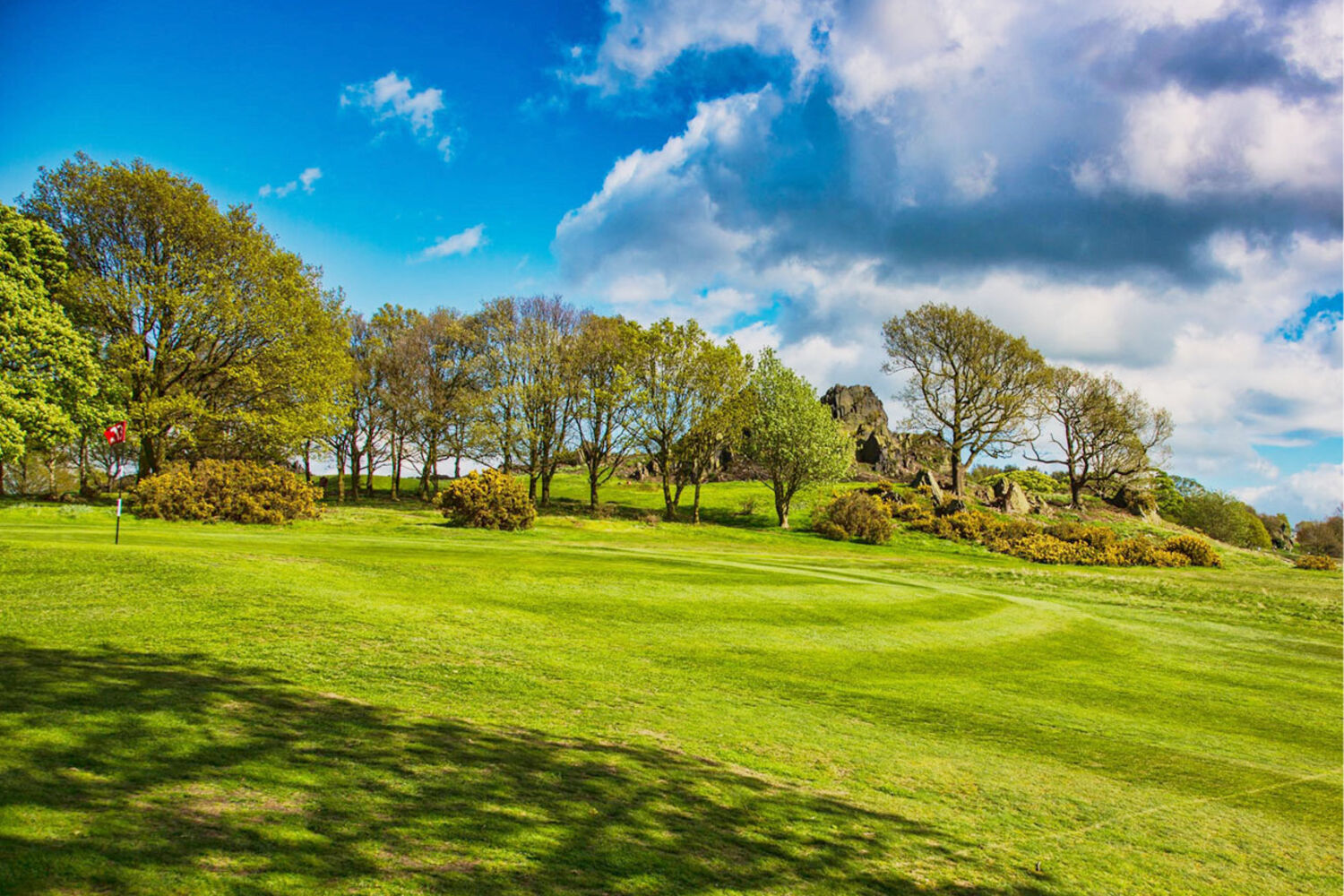 Charnwood Forest Golf Club is the oldest golf club in Leicestershire. Established in 1890

Charnwood was originally part of the Beaumanor Estate situated in Old Woodhouse, near Loughborough, Leicestershire and began life as a “Grace and Favour” club, thanks to the generosity of the Estate owner, Mrs Perry Herrick.  She gave her approval for the land around the Hangingstone Rocks to be used as a golf course and the first members, from 1890 onwards, were local gentry including eminent professional men and women. Upon the breakup of the Estate in 1946 by Colonel Ashton Curzon-Howe, the golf club bought its 77 acre course for £2,570.

Beaumanor Hall which was once owned by the family of Lady Jane Grey in the 1500’s and was used during World War Two in conjunction with the Bletchley Park code breakers, was sold to the government in 1946 for Army service use and later, the Intelligence Corps had a unit on the land nearby.  Leicestershire County Council is the present owner and it is now a centre for education, conferences, and social events. The Welbeck Defence Sixth Form Centre, a state-of-the-art college, opened in 2005 on estate land, where students destined for the Royal Navy, Royal Air Force and MOD Civil Service receive education and training.

Influenced by the James Braid style of design, the layout of the Charnwood Forest Golf Club course has changed many times in the past 100 years and is situated around the Hangingstone Rocks that date back 620 million years – the oldest in Europe.  Recently these rocks have been exposed to show their splendour, through the cutting back of trees and non-indigenous shrubs and bracken, thanks to help and advice from Natural England, in a long-term project to return the area to its original habitat.  Due to its flora and fauna, the course has been designated an SSSI (Site of Special Scientific Interest).  The surrounding hills and slopes, heather, gorse, rocks and dry stone walls make the golf course both unique and stunning.

Whether you are looking to join a golf club or come along as a visitor you are sure of a warm welcome from the members and staff at Charnwood Forest Golf Club.