Martin Anderson wins The Rock at his first attempt

It’s 50 years since the first running of The Rock at Charnwood Forest Golf Club and on Saturday 5 October the 36-hole scratch open had a full field of 34 low-handicap golfers, drawn from Midlands clubs, the LRGU county squads and as far afield as St. Pierre and Harpenden Common.  In the past, The Rock has attracted players such as Lee Westwood, Paul Broadhurst and Simon Wakefield, all of whom went on to have success in the professional ranks. Amongst the recent winners from Leicestershire are David Gibson, Oli Willson, George Raitt, Tom Roberts and Coby Cartwright.

Charnwood Forest’s heathland course stood up well to the heavy rains earlier in the week and Saturday provided almost perfect playing conditions, with only light winds and receptive greens.  Last year’s winner, Tom Roberts (Rothley Park) opened up with a morning round of 71 (2 over), including 4 birdies.  With the players in the final few groups all playing off + handicaps, it was no surprise to see some low-scoring rounds:  George Raitt (Whetstone) and Jack Malone (Lutterworth) carded 69s and John Fairbrother (Cosby) had a 68.  Luke Burrows (Cosby), who has been runner-up in The Rock for the last four years, started well with a 67, and Scott Wormleighton (Birstall) had an excellent 66 which featured a run of four birdies in five holes on the back nine.  However, the outstanding round of the day was from Martin Anderson (Glen Gorse and LRGU County Captain) who set a new course record of 63 (6 under), breaking the previous record of 64 by David Gibson in The Rock in 2011.  Anderson had a single bogey, when he lost his ball on the 10th hole, and then he had an eagle and three birdies on the last four holes.

The wind strengthened slightly in the afternoon and the low scoring feats of the morning could not be repeated.  Scott Wormleighton and Luke Burrows could only manage a second-round score of 74, giving them totals of 140 (4th place) and 141 (5th place), respectively, which would have been good enough to win The Rock in many years.  Oli Willson had the low round of the afternoon with a 69 and a total of 140, taking 3rd place on countback.  John Fairbrother’s consistency, accuracy and ball control led to an excellent total of 139 and 2nd place overall.  But no one could stop Martin Anderson from winning at his first attempt in The Rock.  He continued to play high class golf in the afternoon, with a second-round of 72 and a total of 135. His immaculate ball-striking, long drives and accurate iron-play were a joy to watch and he was a well-deserved winner by four clear shots.

The Rock was generously sponsored by Scott Property Consultants and the prizes were presented by past Captain of Charnwood Forest Golf Club, Mr Phil Scott. 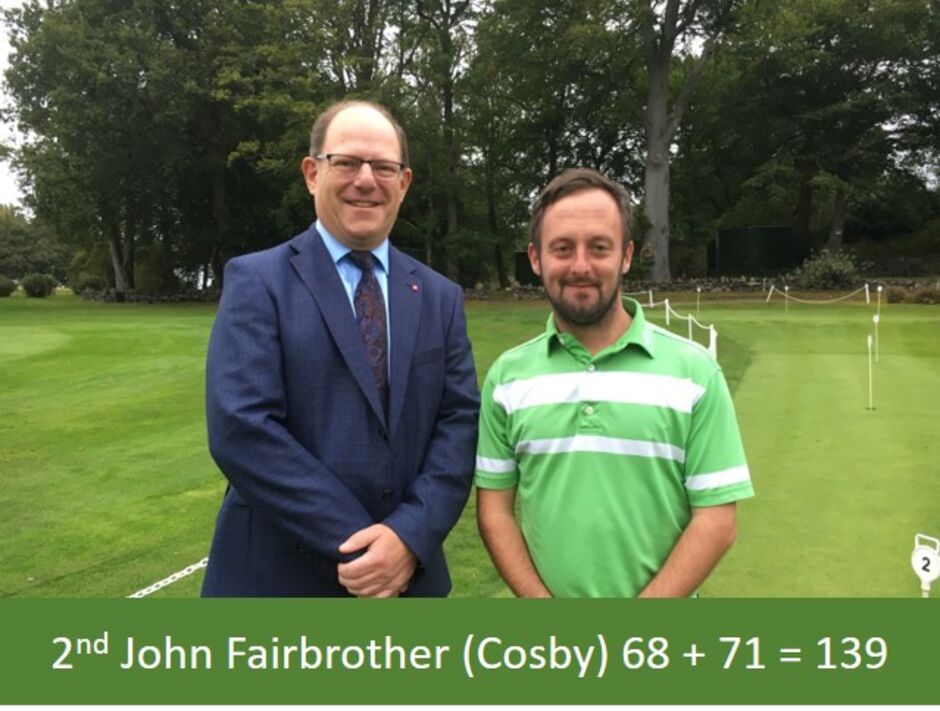 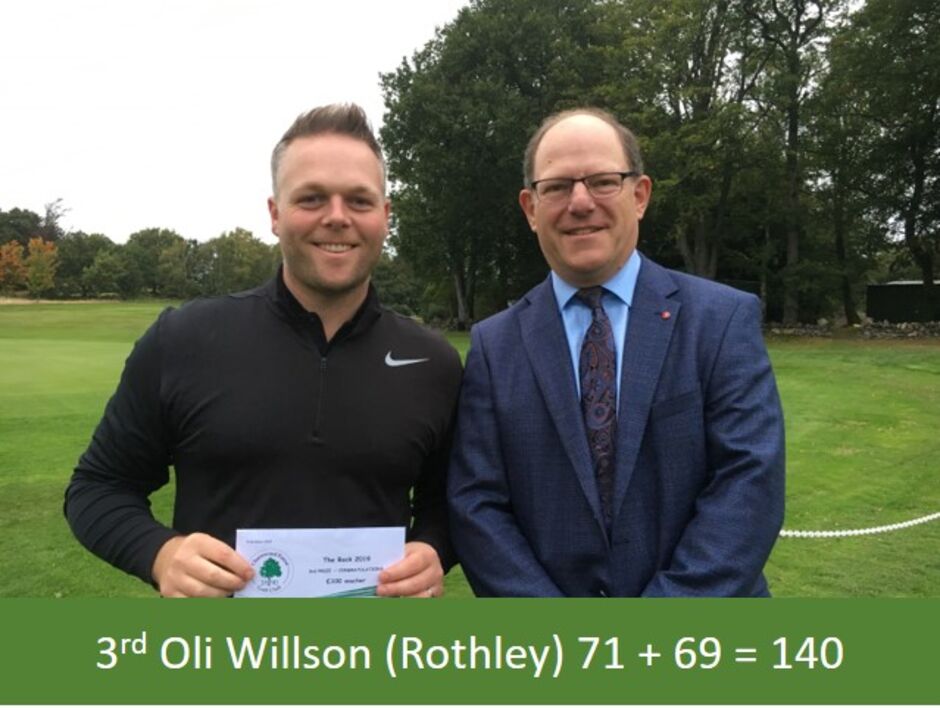 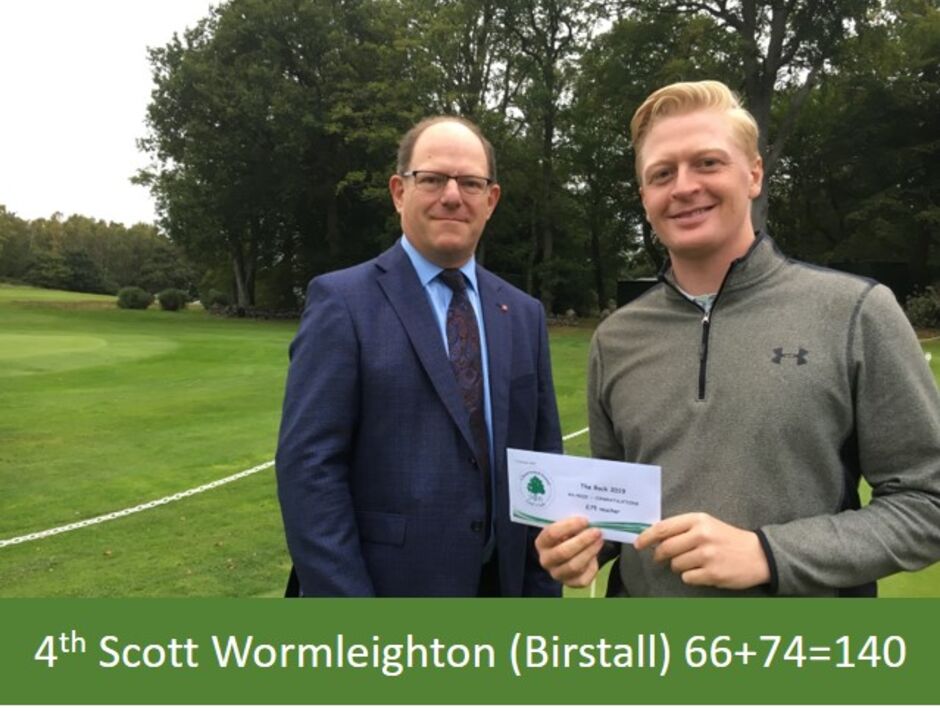